“Macrocosm” refers to everything that exists, an infinite, complex structure that can be regarded as a universe, or the cosmos. The microcosm, however, is just a small representative part of it. The term Macrocosm originates from Ancient Greek philosophy. Since the time of Plato, human imagination has been drawn to an idea of an analogy between the macro and the microcosm. Thus “as above, so below” was a leading motto in the doctrine of ‘correspondences’ between the two dimensions.

In her newest works, Katrin Fridriks develops a method that involves a precise, single splash that is both bodily and conceptual in action. On the contrary, in the installation: “Perception of the Stendhal Syndrome – Gene&Ethics Master Prism”, which is also part of this exhibition, the canvas is worked on laboriously, with the artist applying layers of black and white paint, that form into what appears to be an explosion. The role of the magnifying glass in the installation “Perception of the Stendhal Syndrome” is to enhance the intensity of the experience of being overwhelmed by the artwork, evoke a phenomenon that is called “beauty nausea.” The two dichotomies contained within the gallery space represent the elusive philosophical idea of macrocosm with one canvas being a micro particle of the other. The micro-levels enabled by a magnifying glass give way to explore what seems to be an organic materiality of works.

The painting method mastered by Katrin Fridriks has the potential to trigger nature-like processes that give her canvases a unique, almost fractal like depth. Her pictures unfold in front of our eyes revealing new perspectives the closer we look. The spatial arrangement of this show invites viewers to participate, and in a way to perform not only “Perception of the Stendhal Syndrome – Gene&Ethics Master Prism” but also to adopt various viewpoints and to realize micro and macro perspectives through the magnifying glass. 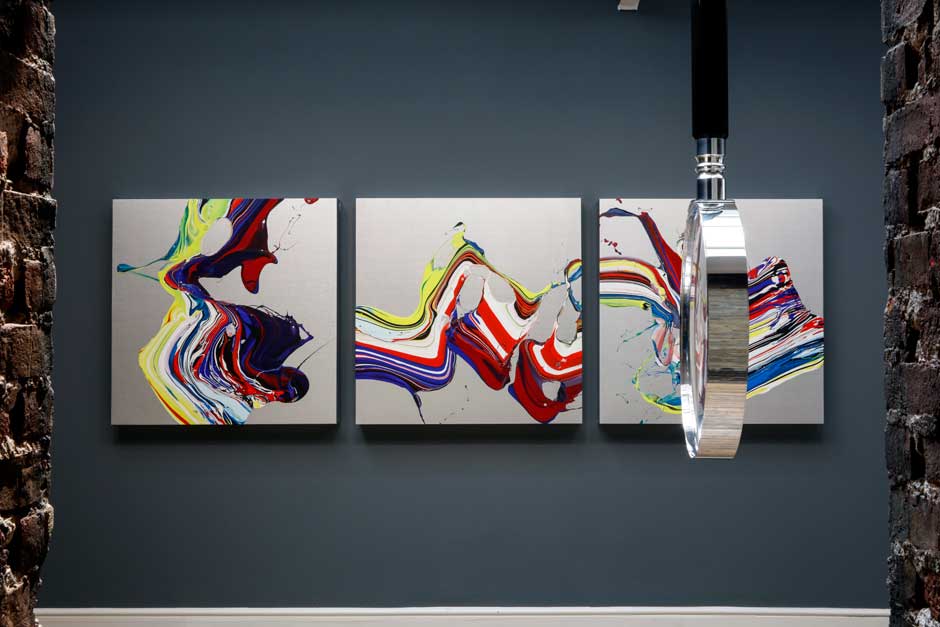 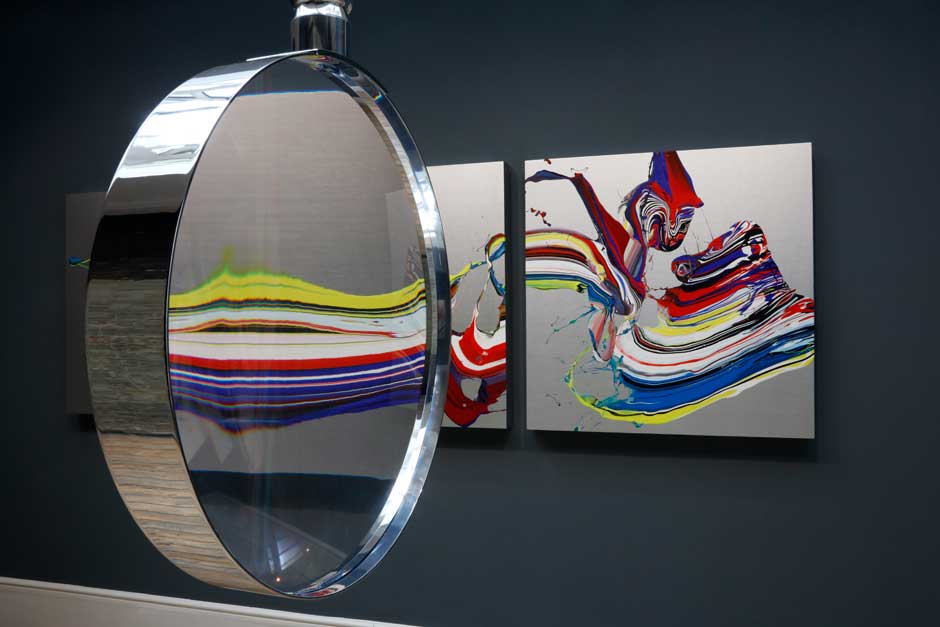 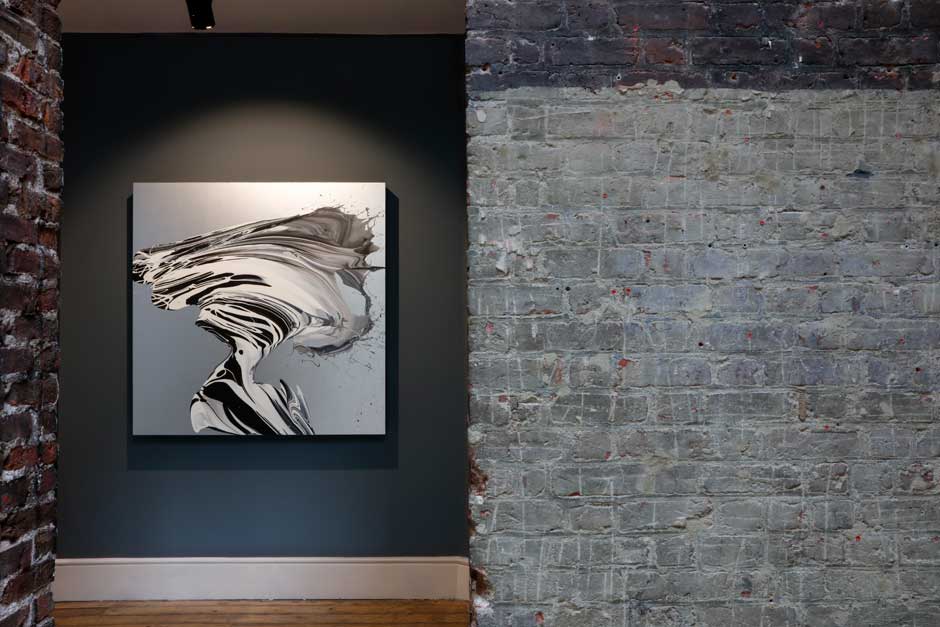 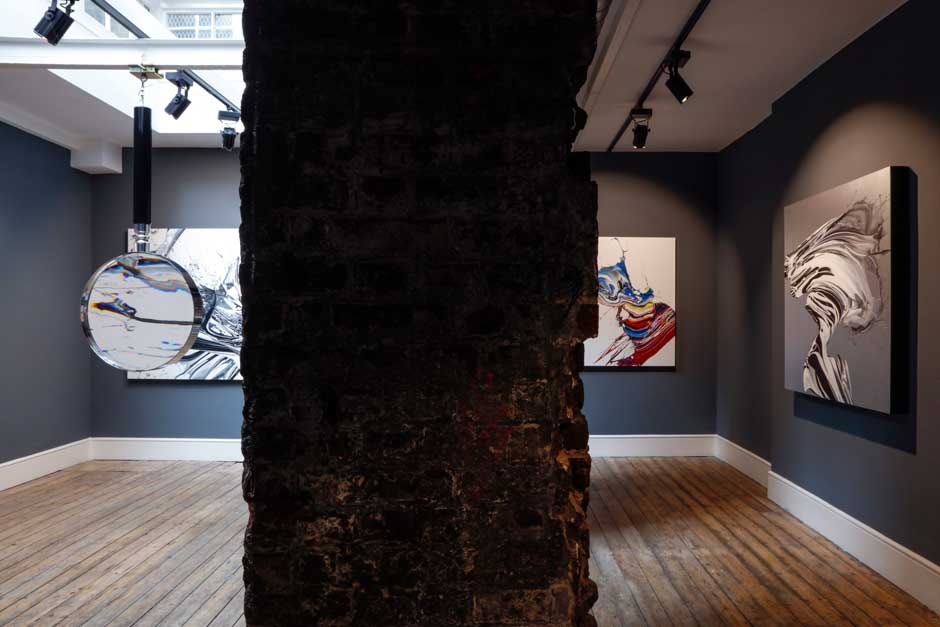 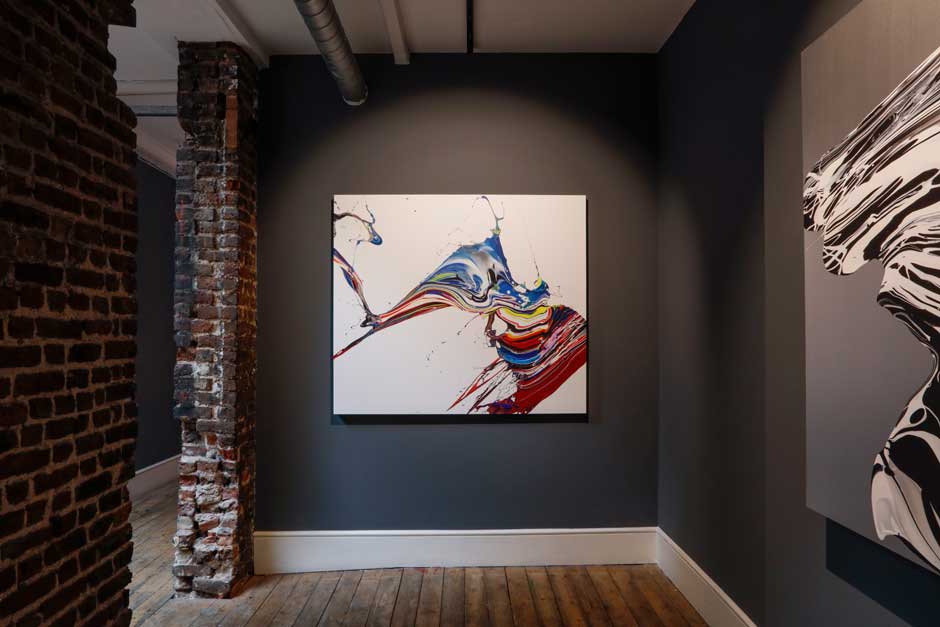 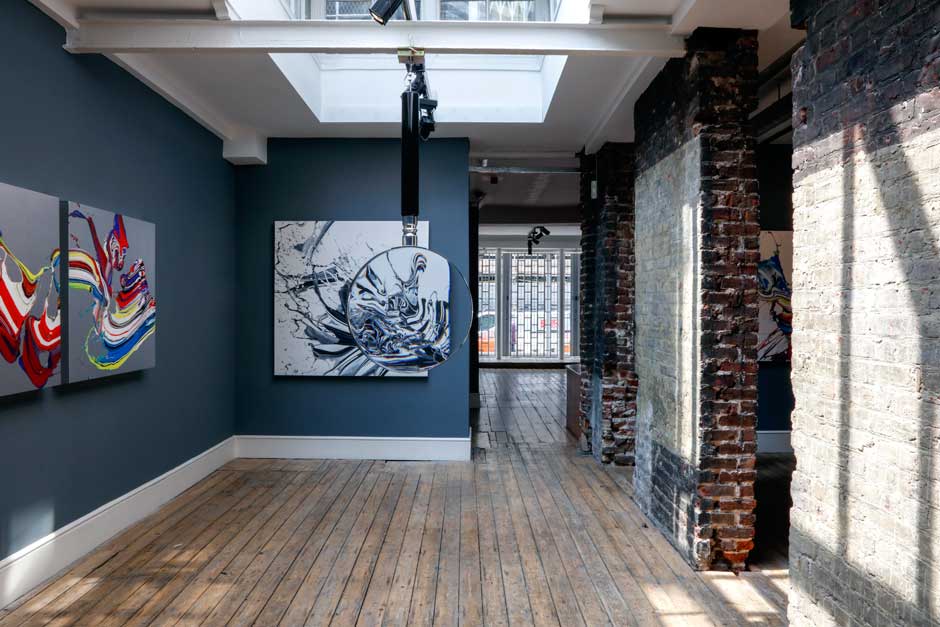 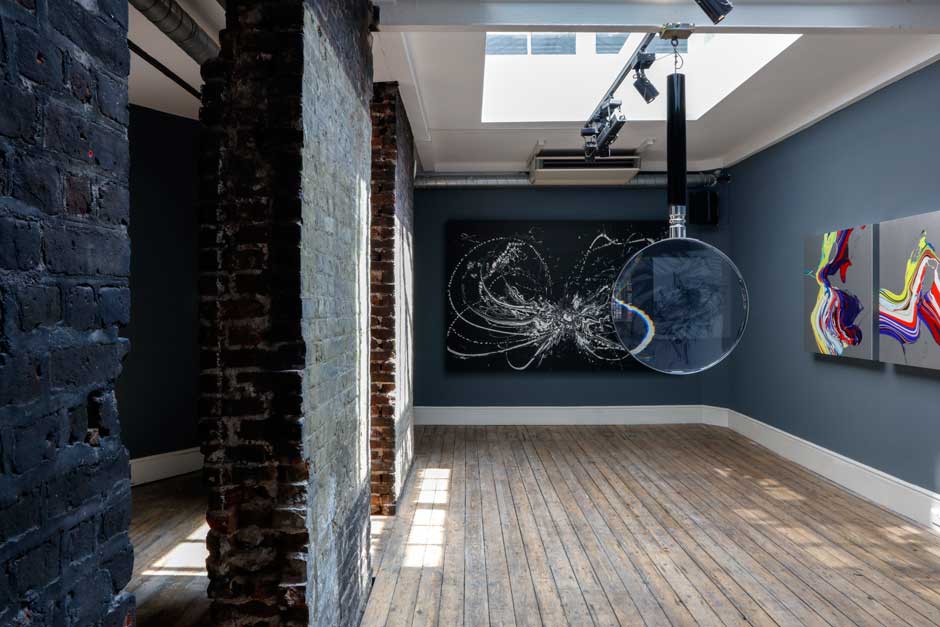 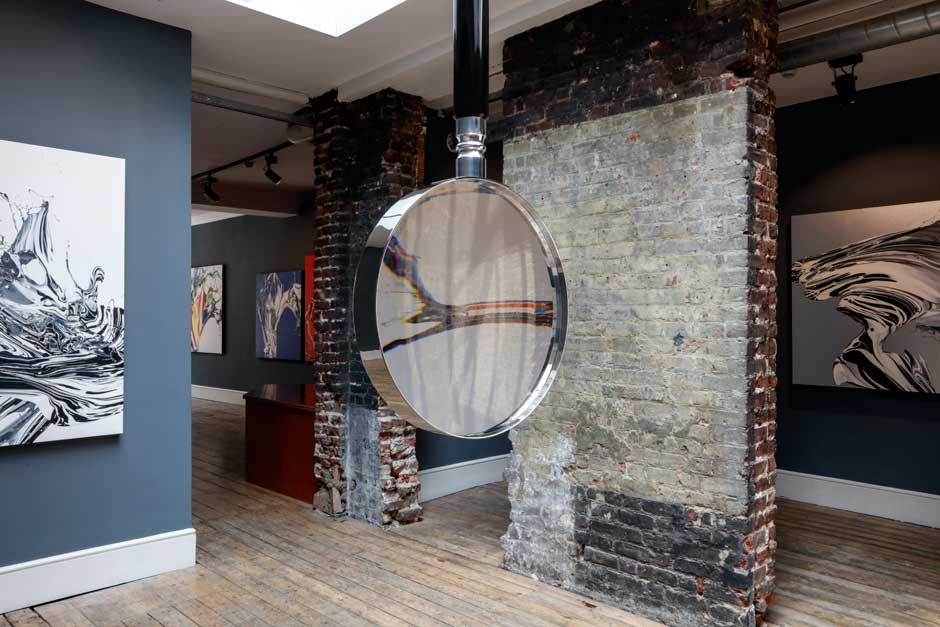 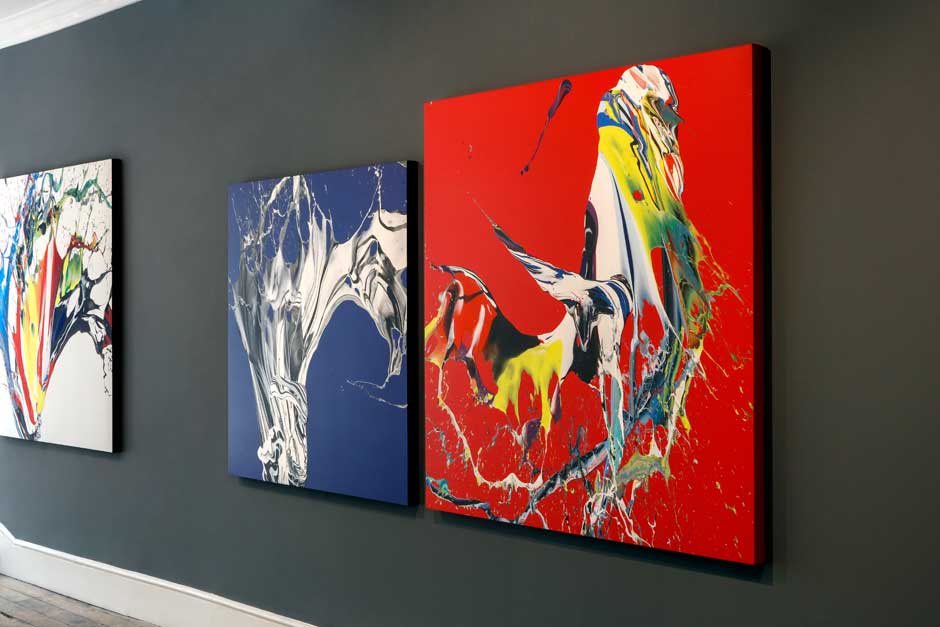 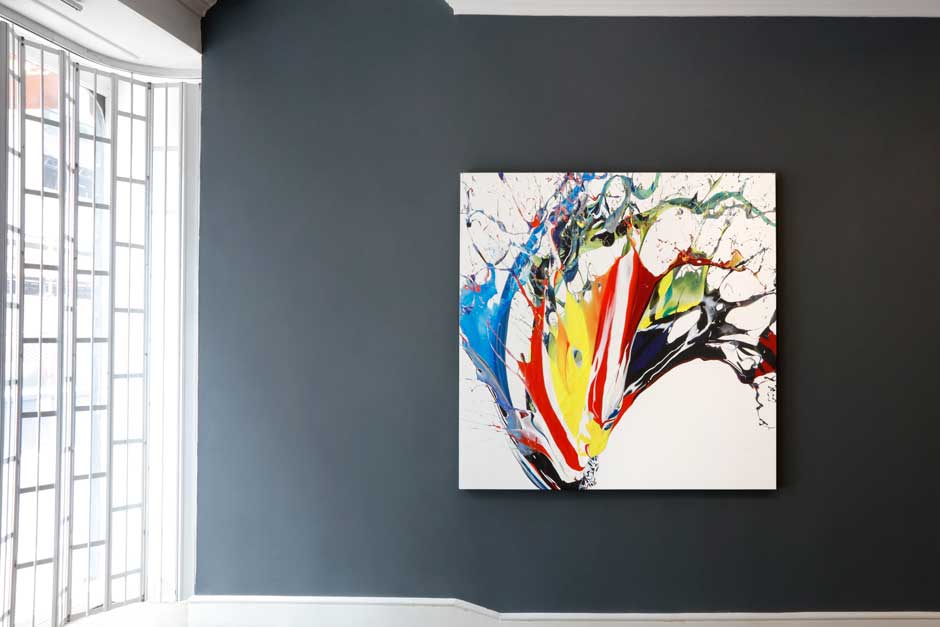