“It is when the body is within four walls that the spirit makes its most distant journeys.” Augusta Amiel-Lapeyre

The great protagonist of these recent times of ours seems to be one of the very things that collectively, as a society and a century, we have been trying to avoid: isolation. In the fast-paced, interconnected and high-speed era that we live in, there seemed to be no time for solitude and reflection – and yet it was precisely solitude in dire circumstances that inspired and gave rise to some of mankind’s greatest achievements. During the Black Plague, an isolated in the countryside sir Isaac Newton discovered gravity, while a quarantined at home Shakespeare composed his masterpiece, King Lear.

Solitude is not only the cradle of man’s inspiration but it is also – as only realized precisely in such moment of solitary insight – carries within itself the understanding of one of humanity’s great hidden truths. A paradoxical one, as all deep truths are, which one can only realize when in the absence of it – and that is that while we may be confined in our homes, we distance each other just to find ourselves closer again once united. That being apart bands us together.

And it is dwelling in this spirit – the artist’s job to inspire and a sense of unity – it is in the love for a man whom I greatly admire and that inspired me in return throughout my life – my father – that this limited series came to be and is dedicated to: Wish Eye Could Fly – An Isolation Series

A gift to both my father on his 75th birthday, given that I couldn’t be there with him in person, and a homage to all the free-flying spirits of the world, he was a pilot, an astro-navigator, and air traffic controller and throughout his entire life the never-ending blue skies and the nightly stars were his home – thus making this color, the main protagonist of these works.

A man, a plane, the ever-changing dashes and drippings of colorful paint, the beams of light piercing these works symbolizing the horizon and the white lines representing the trails these great flying adventurers left behind while flying the great blues above our heads and pursuing their passion: these are the elements that make this very limited edition of artworks so unique. For the first time, a combination of styles and techniques – spray paint, crayons, drawings, aerography, reflected paper, paint – all come together uniquely as if through an alchemical process, to give rise to these rare and exquisitely crafted works of miniature art and as a testament of one of humanity’s greatest passions and achievements throughout all time: the mastery of flying, man’s answer to his eternal inner quest for freedom and his everlasting thirst for discovery. 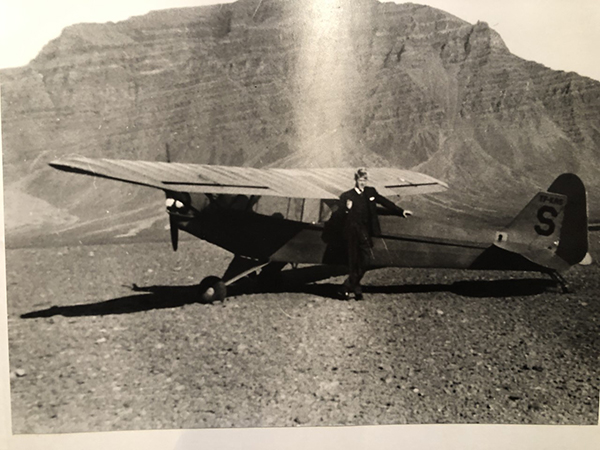 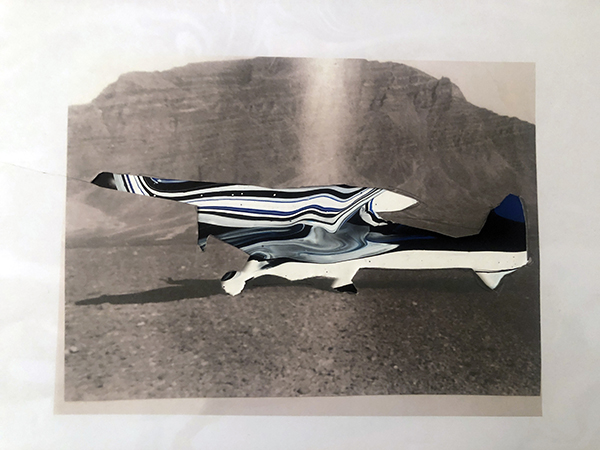 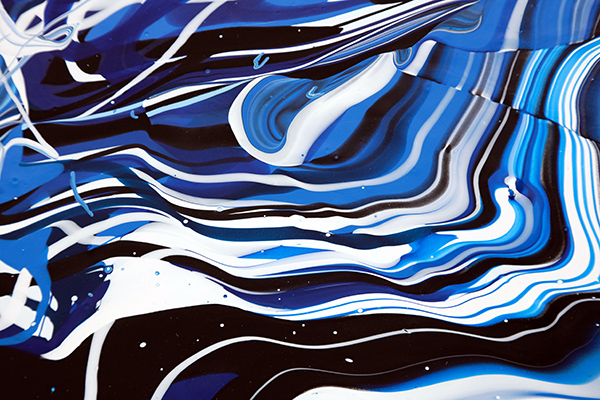 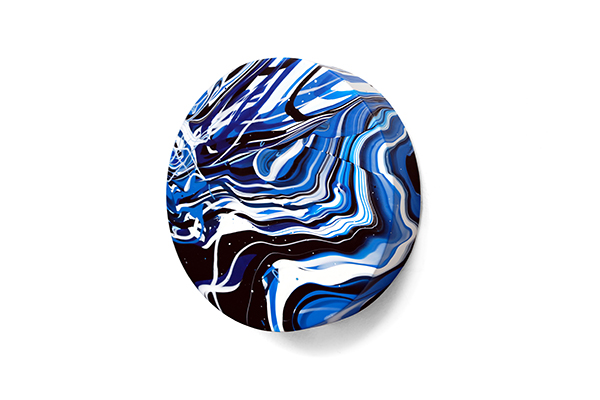 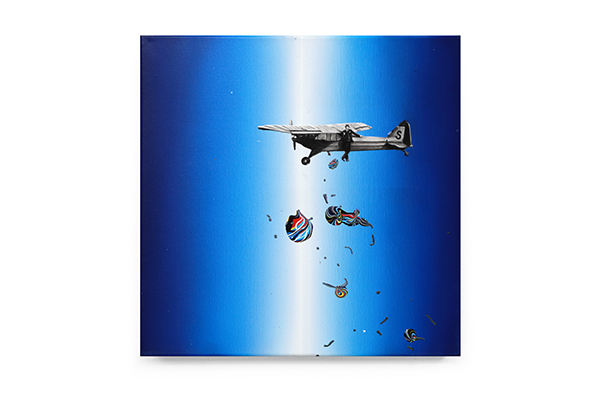 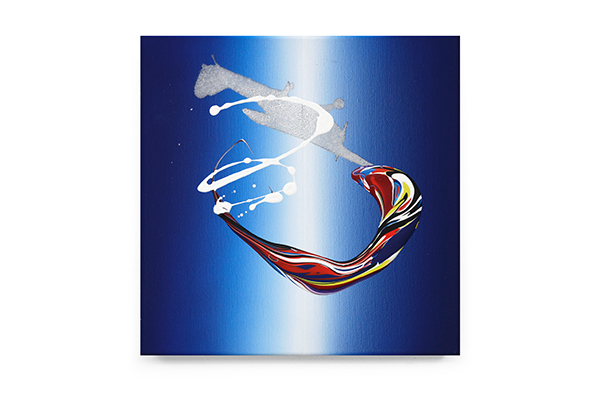 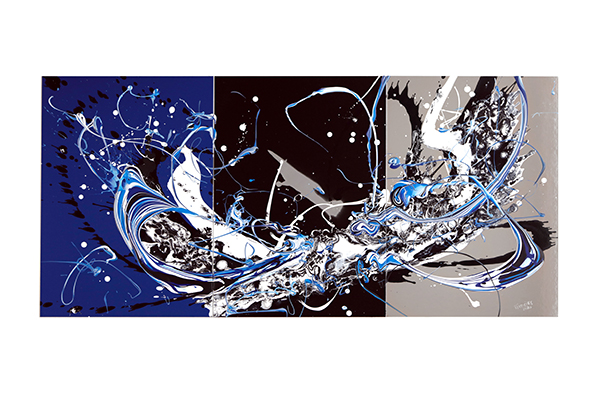 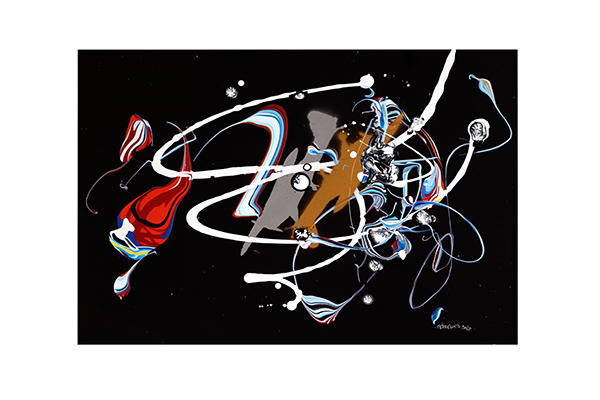 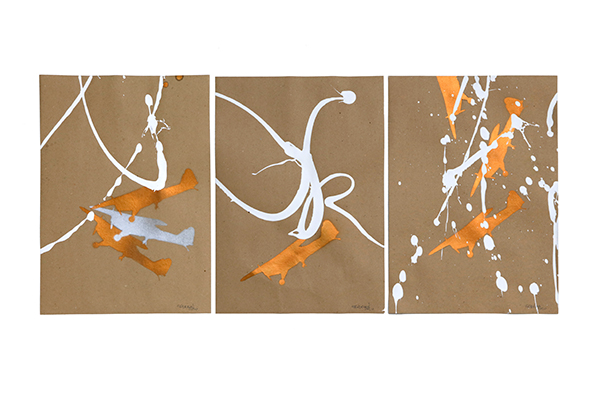 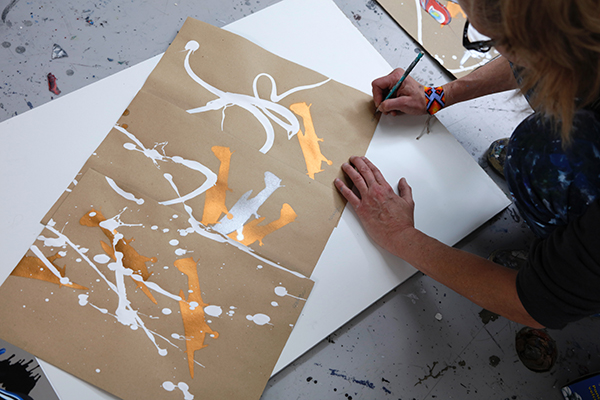 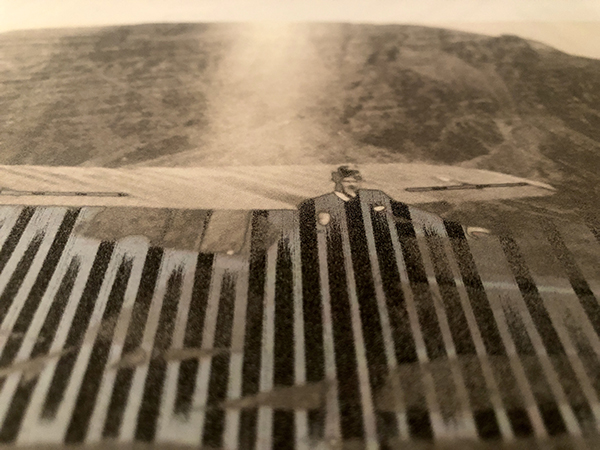